Back to all posts

Free Concert By All-female Country Rockers Helping to Give Back to Community, Raise Funds and Awareness for Nonprofit “Girl Bands Rock” 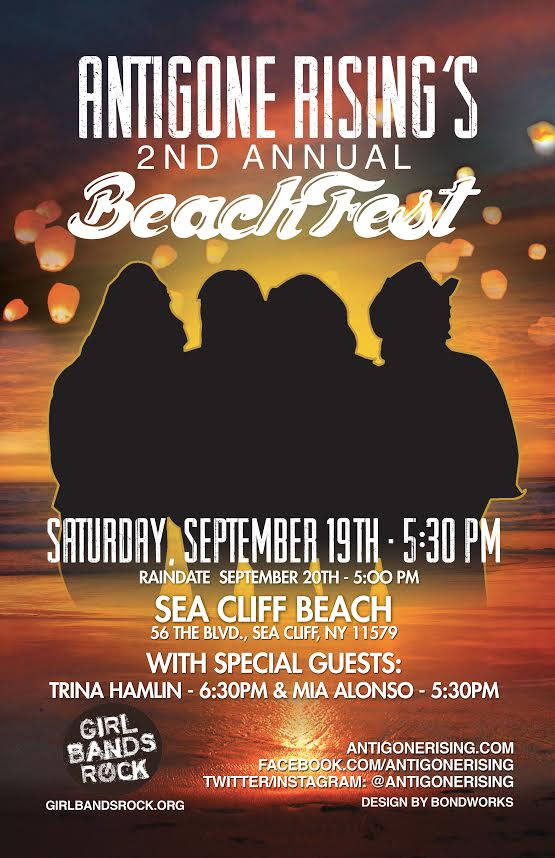 September, 2015 (Sea Cliff, NY) -- For country-rockers Antigone Rising, helping aspiring young artists while giving back to their community is something that comes second nature to a group that is helping to create music and history. With the Billboard charting “From the Ground Up” along with a string of tour dates alongside The Rolling Stones, Aerosmith, The Allman Brothers, The Bangles, Joan Jett & The Blackhearts and more- the band hit the ground running following their 2005 debut, and fused their success with helping educate young people around the world on accomplishing goals as Cultural Ambassadors to the United States Government. Now, they’re bringing both their music and their message to the pavilion stage in Sea Cliff as they get ready for the 2nd Annual Antigone Rising BeachFest Saturday, September 19th at 5:30PM, 56 The Blvd, Sea Cliff, NY 11579.

As Cultural Ambassadors to the U.S. Government, the band has done outreach programs in Israel and Palestine and has recently returned from an inspiring trip to Vietnam this past July, 2015.  Performing outreach programs by day in schools and youth centers, and rock concerts by night in theaters and arenas - the women of Antigone Rising are leading by example to teach girls, boys, young women and young men that it’s possible to accomplish anything you set your mind to.

The members of Antigone Rising have created “Girl Bands Rock”, a nonprofit to inspire and educate kids, especially young girls, to pursue careers in the music industry -  Antigone Rising partners with school districts and youth centers to create innovative programming dedicated to building confidence in youth by developing leadership and creative skills through musical workshops, outreach programs and performances. Realizing that the music industry does not provide enough worthy female role models, especially women in self contained rock bands, the Girl Bands Rock program provides kids the opportunity to see women excel in a male dominated profession and offers them strong female role models to emulate. 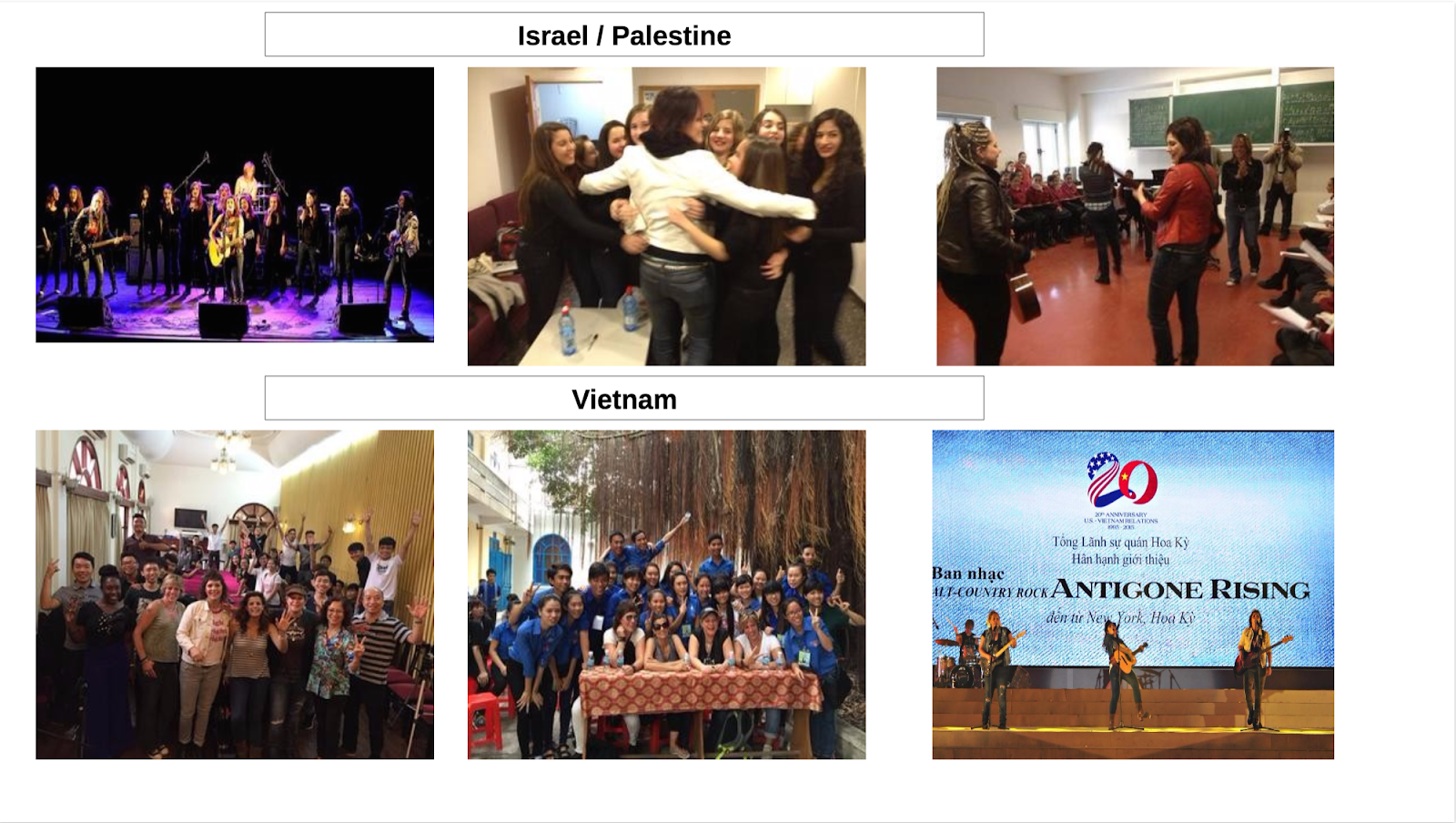 As the 2nd Annual BeachFest approaches, Antigone Rising is set to bring this FREE concert ringing in the sunset overlooking Sea Cliff Beach to help give back to the community, in addition to raising funds and awareness for Girl Bands Rock. Building upon the overwhelming success and near capacity crowd of Beach Fest 2014, the group is adding special guests Trina Hamlin, and Annika to this year’s concert bill as well as inviting Mia Alonso- a North Shore High School aspiring female singer-songwriter who has been mentored by the Girl Bands Rock program!

With such an extraordinary Festival being put on by these influential female rockers, you’ll want to make sure you’re in attendance for such a great educational, informative, and most importantly ROCKIN’ experience September 19th at 5:30PM, 56 The Blvd, Sea Cliff, NY!